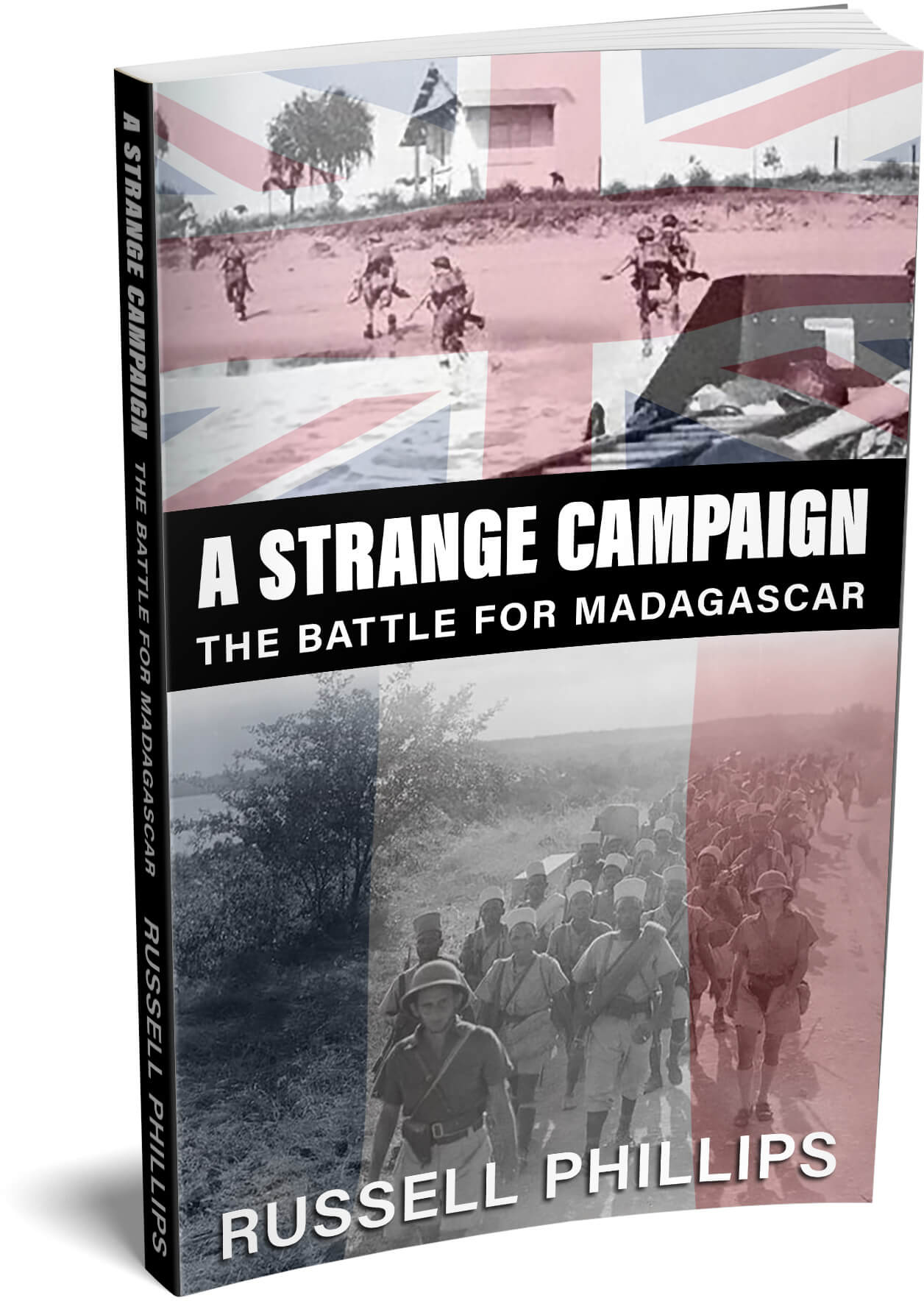 On 5th May next year my next book, A Strange Campaign: The Battle for Madagascar, will be published. This coincides with the anniversary of Operation Ironclad, which marked the start of the campaign.

Madagascar provided the stunning backdrop for one of the strangest conflicts of the Second World War — when Britain went head to head against one of its closest allies.

When British forces landed on the island in 1942, the enemy they faced wasn’t German, Japanese or even Italian, this time the opposing forces were French.

Concerned that Japan might use Madagascar as a strategic base to disrupt the supply line to India, Britain was keen to take control of the island. However, the Vichy forces were keen to defend the French colony and prevent it becoming part of the British Empire.

A Strange Campaign: The Battle for Madagascar gives a detailed account of this fascinating but little-known period of military history. Even at the time, the conflict was a controversial one, pitting two colonial empires against each other.

However, it was also ground-breaking as it was the first time Allied forces had staged a major amphibious invasion. The lessons learned on the shores of Madagascar would prove to be invaluable two years later during the D-day landings in Normandy.

But just how did the British finally break down months of resistance by the French? And how did a tug-of-war over an island in the middle of the Indian ocean influence the rest of the Second World War?

One thought on “A Strange Campaign available for pre-order”