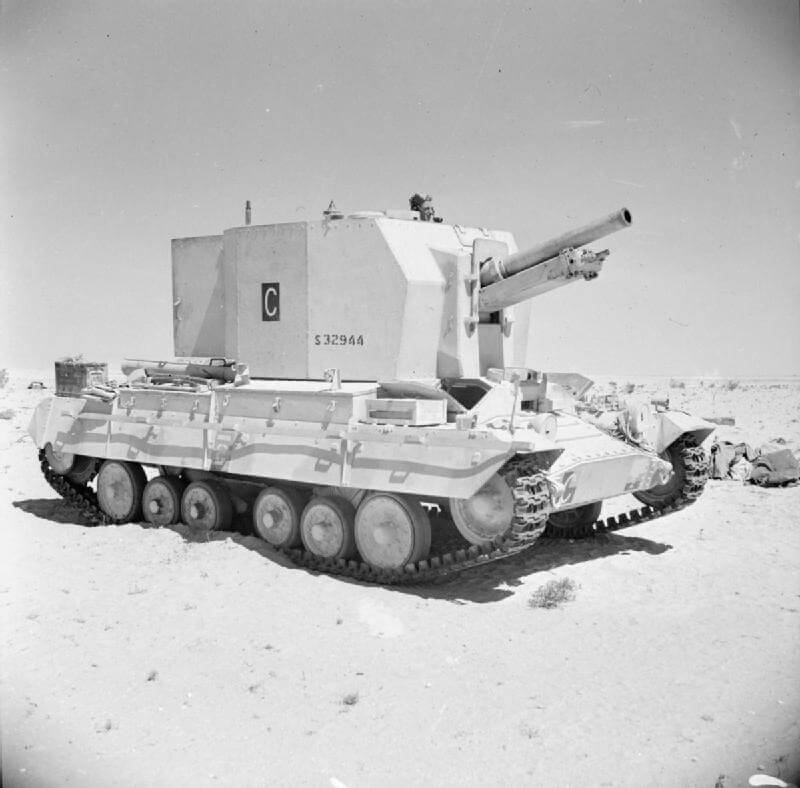 During the western desert campaign in the early part of World War II, the British were impressed by the German self-propelled guns, and decided that they needed something similar. A requirement was issued for a self-propelled 25 pounder gun-howitzer. By August 1941 a prototype was ready, which had a simple boxy superstructure on top of a Valentine tank chassis. An order was placed for 100 vehicles, although the vehicle didn’t impress crews in theatre. The superstructure was very large, making it an obvious target, and the gun had limited elevation, limiting its range to about half that of the towed version. The choice of an infantry tank hull meant that it was also rather slow.

No further orders were placed, and all the existing vehicles were replaced with M7 Priests and Sextons as they became available. Despite its limitations, the Bishop did provide a useful capability to the British in North Africa in the period before better self-propelled guns were available.

Photograph: Number 17430 from the collections of the Imperial War Museums. Licensed under Public domain via Wikimedia Commons.