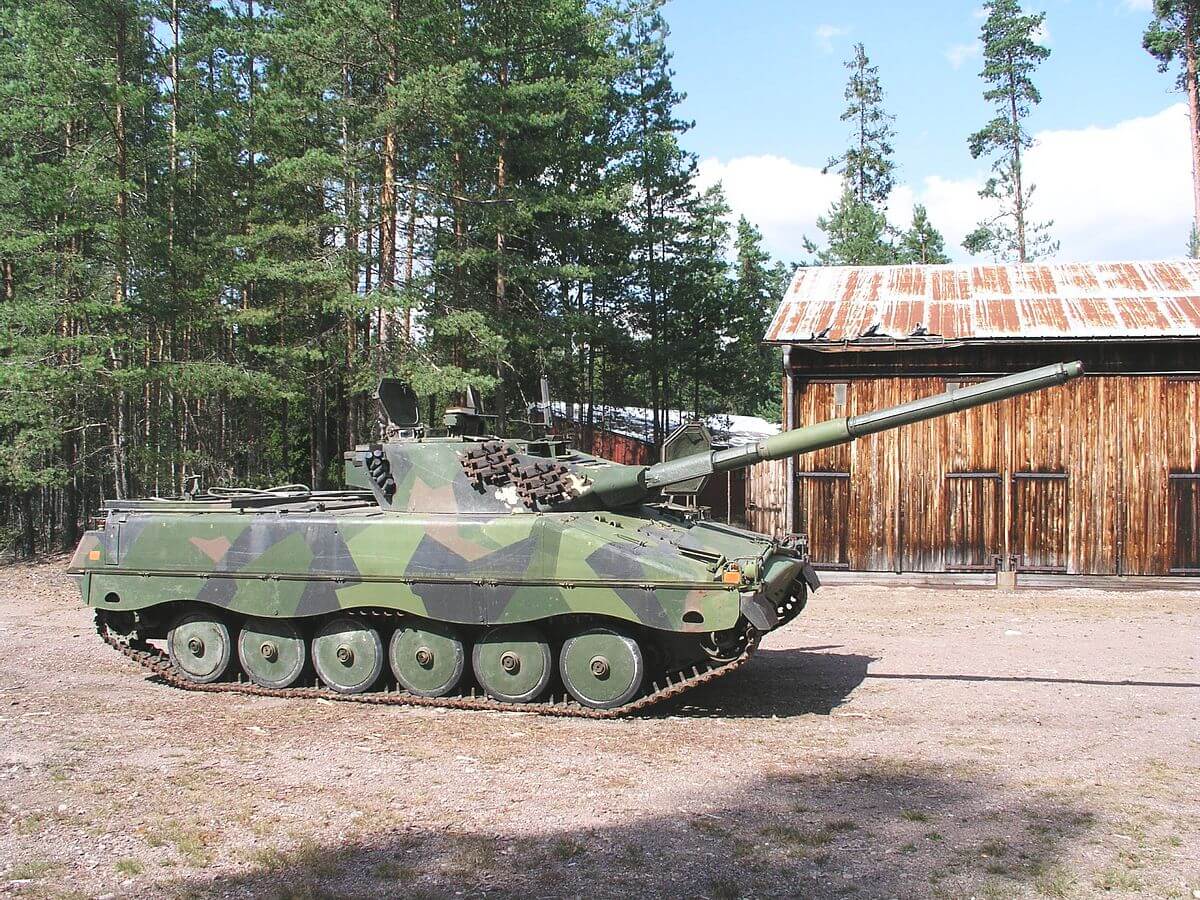 The Infanterikanonvagn 91 is a Swedish tank destroyer that entered service in 1975. Designed to be highly mobile, it is lightly armoured (only able to withstand hits from guns of up to 20mm calibre on its frontal arc), and armed with a 90mm gun and two 7.62mm machine guns. It is fully amphibious, propelled in the water by its tracks, with some production models being fitted with propellers.

The driver sits in the front left of the hull, with the other three crew members in the turret. A hatch was added to the cramped turret to expel spent shell casings. Wide tracks and a powerful engine led to excellent cross-country performance and a top speed of 65km/hour (40mph).

Production ended in 1978, with a little over 200 vehicles being produced. Later, the vehicles were improved with the addition of a laser rangefinder, a thermal sleeve for the main gun, smoke grenade dischargers. In the early 1990s, Hägglunds proposed a new version with a 105mm main gun, and a version armed with an anti-tank guided missile. Neither went into production, however.