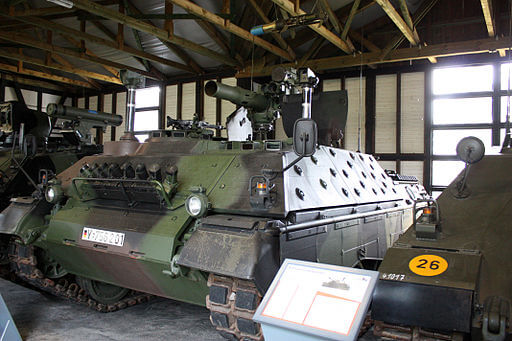 Even with the additional armour, neither vehicle was heavily armoured, and so rely primarily for defence on speed and their low profile. They have an excellent top speed of 70 km/h (44 mph), and an operational range of around 400 km (250 miles). Both vehicles have a crew of four, all of whom sit in a fighting compartment to the front of the vehicle.