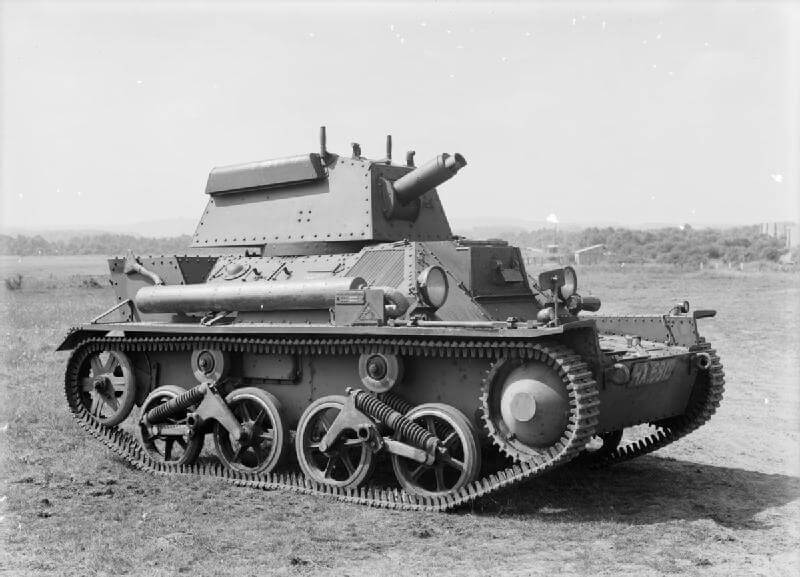 Although “light tank” can be a generic term, in this case it refers to the series of light tanks (Marks I to VI) produced by Vickers for the British Army in the inter-war period. I’m not including the Mark VII Tetrarch or Mark VIII Harry Hopkins, as they were significantly different from the earlier versions, and would warrant separate posts.

The Mark I Light Tank was developed from a design by Carden-Loyd, by then part of Vickers-Armstrong. Only about 9 or 10 were built, but experience gained was used in development of the Mark II, and then the Mark III and Mark IV. These first four versions were armed with a single 0.303″ Vickers machine gun, and had around 14mm of armour. The Mark V added a 0.50″ Vickers machine gun, giving the tank some measure of capability against other light tanks, and increased the crew from two to three (commander, gunner, and driver). The additional crewman made this version significantly more effective, since the commander was freed from having to operate the gun and radio.