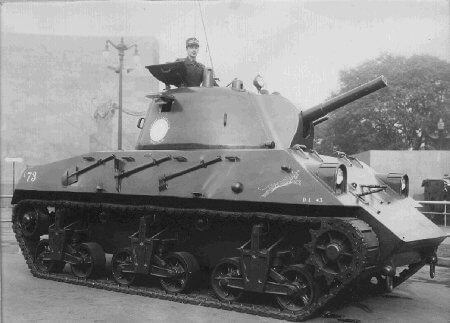 The Nahuel (“Tiger” in Mapuche, an aboriginal langauge) was an Argentinian World War II medium tank, designed in 1943. Although the design was indigenous, it was influenced by the US M4 Sherman. It was armed with a 75mm gun, with co-axial 12.7mm machine gun, and three hull-mounted 7.65mm machine guns. Its armour was up to 80mm thick, and well sloped. It had a top speed of 25mph and a range of 150 miles.

Production stopped after only sixteen vehicles had been built, as in 1946 Argentina bought cheap M4 Shermans from the US and UK, some of which were the British Firefly variant, mounting 17 pounder guns.