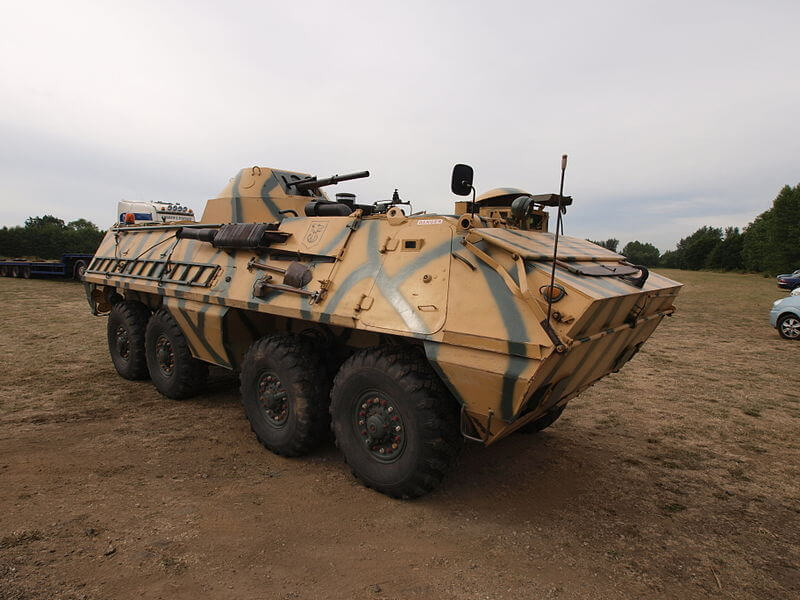 The OT-64 is a wheeled armoured personnel carrier, developed in the late 1950s and early 1960s as a joint project between Poland and Czechoslovakia. It is similar in concept and design to the Soviet BTR-60, but with some important differences. The OT-64 had overhead armour protection, had twin rear doors for entry and exit, and was powered by a single diesel engine. Like the BTR-60, it was air-portable and amphibious.

The original versions were not armed, but were later equipped with 7.62mm or 12.7mm machine guns, some with an armoured shield fitted around the machine gun. These early models could carry 18 men in addition to the two crew. The later OT-64A was fitted with a small turret, mounting 14.5mm and 7.62mm machine guns. Later, some vehicles had the 14.5mm machine gun replaced with a 12.7mm NSV anti-aircraft machine gun. The turret reduced the troop carrying capacity to eight.

All models were fitted with NBC protection, night vision equipment, and a central tyre pressure regulation system, allowing the driver to control tyre pressure whilst driving. They have a top speed of around 60mph, and a range of 440 miles.