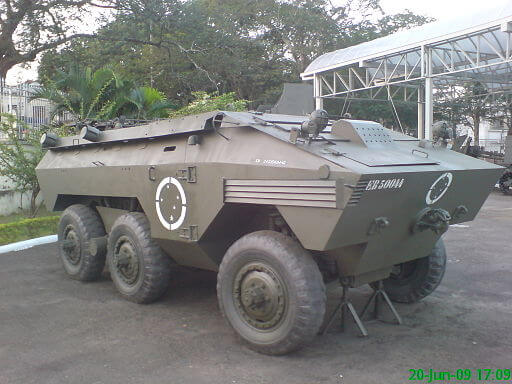 AFV Alphabet: U is for Urutu

The EE-11 Urutu is a wheeled, 6×6 armoured personnel carrier developed by Engesa of Brazil, and shares many components with the EE-9 Cascavel armoured car. Production began in 1974, and it was adopted by the Brazilian armed forces. It can carry 12 men in addition to the two crew, and it is amphibious, driven by a propeller when in the water. Production stopped in 1987, but the Brazilian vehicles have been upgraded since then, pending replacement by the new VBTP-MR.

The Urutu has been widely exported, and served as the base vehicle for several variants. It has a top speed of 55mph and a range of 530 miles. Armour is up to 12mm thick, and it is normally armed with a 12.7mm machine gun.