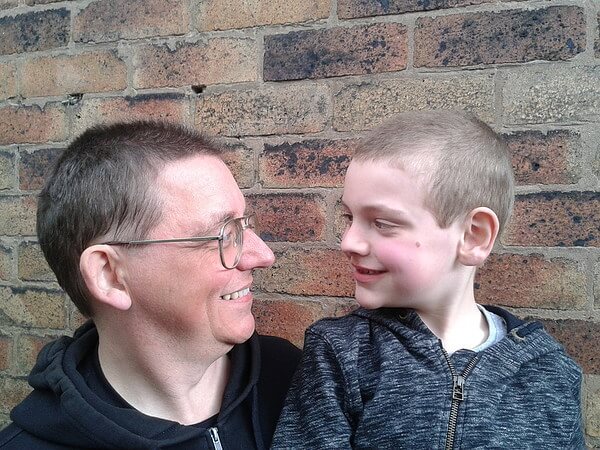 Back in February, I wrote that my son and I were going to cut off our hair to raise money for Chernobyl Children’s Project (UK), who help the children that are still suffering from the after-effects of the Chernobyl disaster. The hair cut took place in late April. We had set ourselves a target of £500, and I’m very pleased to say that we beat that, raising a total of £800.

The Chernobyl disaster was the worst nuclear accident in history. It is one of only two classified as a level 7 event (the maximum classification) on the International Nuclear Event Scale. 31 people died during the accident itself, and over 130,000 were evacuated. The city of Pripyat, with a population of around 50,000, was abandoned. Radiation still affects people in the surrounding areas, with high levels of cancer reported.

I’m very proud of my son. If you’d like to help, the JustGiving page is still open to donations.