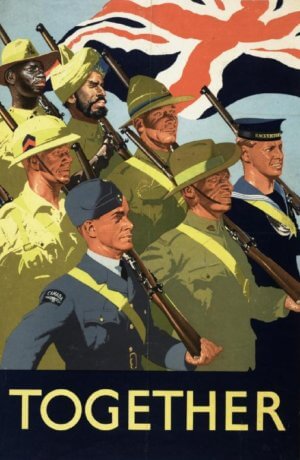 Commonwealth Day: Britain Did Not “Stand Alone” in 1940

Today is Commonwealth Day. It seems like an appropriate day to remember that Britain didn’t stand alone in 1940. The Commonwealth, and a few other countries, stood with her. So I’m marking the day by re-posting the following:

On Remembrance Day 2013 I wrote, “I consider Remembrance Day to be a time to remember everyone that has been harmed by war. Any war, any nationality, civilian, military, whatever.”

I still believe that, but it occurred to me recently that there is a commonly-held belief that after the fall of France in 1940, Britain alone opposed Nazi Germany. This is a myth. I don’t know where the “Britain stood alone” idea came from, but it seems likely that it comes from Churchill’s famous “Their Finest Hour” speech. However, to his credit, Churchill recognised that there were countries other than Britain fighting Germany. He didn’t speak of Britain fighting alone, he spoke of “Britain and the British Empire”, and the “British Empire and its Commonwealth”. Even that wasn’t quite true, since countries such as Nepal and Oman, which were neither members of the Commonwealth nor parts of the Empire, had declared war against Germany in 1939.

When people say that “Britain stood alone” against Nazi Germany in 1940, they’re doing a great disservice to the countries, and the many thousands of men, that fought and died alongside the British. Their contribution and their sacrifice deserves to be remembered.

I will remember them. Will you?