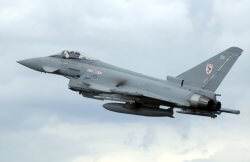 British readers will probably already know that the Daily Mail, like the tabloid press in general, is known for sensationalism. Today’s Mail Online has a story headlined “Prince Harry captured. 600 of our soldiers killed. In this terrifying plausible account, DOMINIC SANDBROOK imagines the day the Argies retook the Falklands“. I have issues with this story, not least the use of the word “plausible”.

Only yesterday, Allan Mallinson wrote a much more rational piece for the same website entitled It is simply inconceivable that Argentina could take the Falklands.

In the imagined invasion, Argentinian special forces land south of Stanley on the 2nd of April. By the following morning, they have taken the “nearby British barracks” (by which I assume he means the ones near Stanley), and Government House. In London, David Cameron is promising that Britain will get the islands back. This is pretty much what happened in 1982. There is one very big difference between the situation in 1982 and the one in 2011/2012, however: RAF Mount Pleasant. This large base has four Eurofighter Typhoons and over 1,000 men. What’s more, it can be reinforced with more fighters within 48 hours, and an infantry battlegroup can be landed there within 72 hours.

Even assuming the Argentinians managed complete surprise (as they did in 1982, and which the article takes as a given), there is no mention of how the special forces would manage to neutralise RAF Mount Pleasant. Failing to do so would make a successful invasion impossible.

Today’s article seems to be nothing more than scaremongering and sensationalism. The Daily Mail’s editors should be ashamed.

One thought on “Daily Mail Scaremongering”