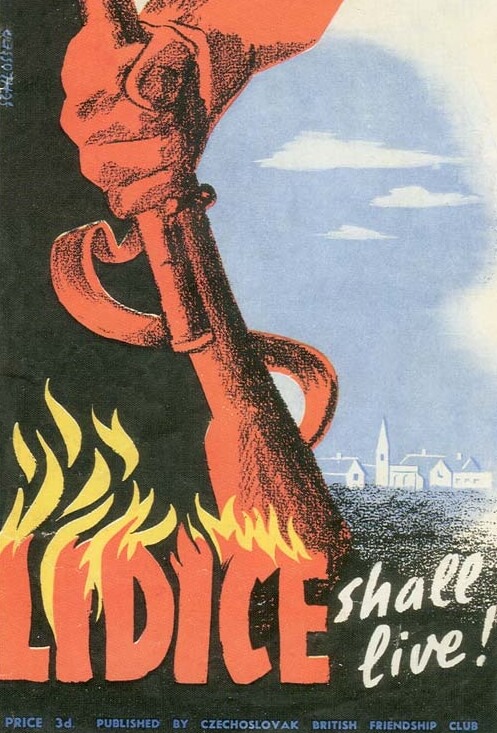 In March, my wife and I spent a week in the Czech Republic on holiday. Whilst there, we visited Lidice, and I think I now understand Sir Barnett Stross a little more. It always puzzled me slightly that he kept close ties to Czechoslovakia, even after the communists took over. He had no sympathy for the communist regime, and used his position as chair of the British-Czechoslovakia Society to highlight their human rights abuses. Yet his connection to what could be considered an enemy country caused some controversy, and may have harmed his political career.

Visiting Lidice had a big impact on me, and I think I now understand, at least a little more. Seeing the area, and videos of some survivors, brought home the enormity of what had happened there. I suspect Stross never believed he had done enough, either for the dead or the survivors. In the face of such an outrageous atrocity, there are two basic reactions. Either you metaphorically throw your hands up in the air, despairing that nothing is enough to put things right. Or, you do as much as you can, and keep doing more. It will never be enough, but you can always do more.

I believe Stross had the second reaction. I doubt he ever felt that he’d done enough, and so he was always looking for ways to do more.

If you’d like to do a little to help revive the memory of Lidice, Stross, and the miners, please support my thunderclap. Click on “Support with Facebook”, “Support with Twitter”, or “Support with Tumblr” to support using your preferred social media account. It will cost nothing, but will help to spread awareness on the 75th anniversary of the Lidice massacre.