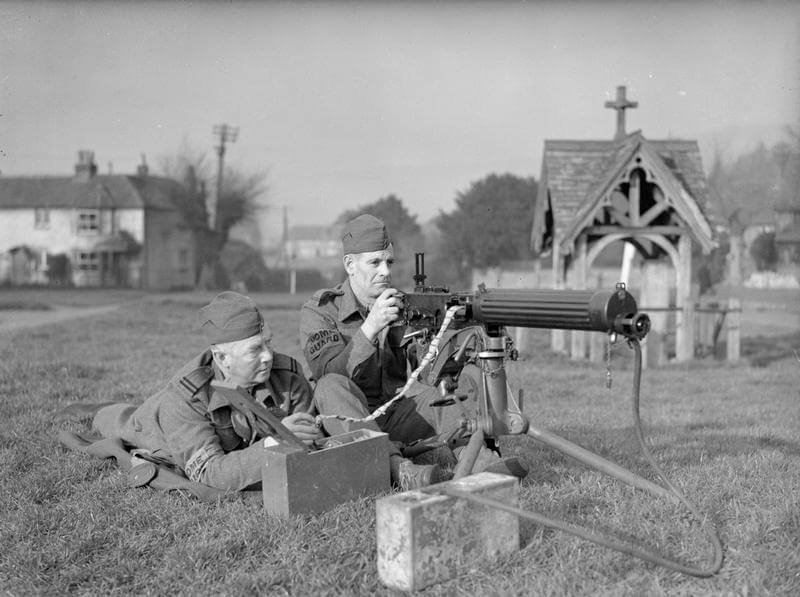 On the 5th July 1940, a message was sent to all LDV area commanders. This message informed the commanders that men were needed for a new type of unit. The men would need to have courage, initiative, and resource. This new unit would be organised under a headquarters named “H.Q., Auxiliary Units”. The name had been chosen to conceal its true purpose, which was to form stay-behind squads. Each squad would be independent, and would operate behind enemy lines in the event of an invasion, providing intelligence and disrupting supply lines.

For the first two months, the emphasis was on creating units that could be pressed into service immediately. By the 15th August, this first phase was complete. An initial organisation was in place, men were being trained, and stores had been delivered. A total of 2,300 men had been recruited and organised into 350 patrols of around 6-8 men each. There was little confidence in their effectiveness at this stage. A progress report stated “Nevertheless, whereas all the men recruited were determined to do their utmost to harass the enemy’s rear and lines of communication, it was, in fact, doubtful whether many of them would have been able to survive the first few days of invasion”.

Most of the Home Guard was often armed with improvised or non-standard weapons. By contrast, auxiliary units were well armed and equipped. Each patrol had a Browning Automatic Rifle, as well as grenades, incendiary grenades, explosives, detonators, etc.

Once the first phase was complete, the emphasis changed to turning the units into an effective force. Bases and secret stores were built, and the men started to receive specialised training. A nucleus of troops from the regular army, including some sappers, was added. This helped to further increase the auxiliary units’ effectiveness.

Training was coordinated at the demonstration school near Faringdon. Patrol leaders attended weekend courses at the school. Training covered the weapons and equipment that the patrols were expected to use. Subjects such as giving effective orders, reading maps, etc were also covered. In addition, leaders were taught about German AFVs and airborne troops. Once the leaders returned to their patrols, they trained the members of their patrol.

By the start of September, the units were considered much more effective. In the event of an invasion, most patrols would have a concealed base to operate from. They had received training, and carried out a good number of exercises at night. 2,300 Home Guard were enrolled, comprising 350 patrols with an average of 7 men per patrol. Supplies of weapons, ammunition, and explosives had been delivered and more was on the way. Roughly one-third of the men had uniforms, and supplying the others with uniforms was made a priority. Some units had been able to exercise with regular army units. Most of the divisional headquarters in XII Corps had been “raided” by auxiliary unit patrols.

By now, it was considered that “a high proportion may confidently be expected to remain in security behind the enemy lines for a considerable period. Their night training coupled with their local knowledge, should give them an undisputed advantage over any enemy troops in their area”.

Auxiliary units would conduct scout patrols at night or in fog, based on observations made during the day. Scout patrols would normally consist of a leader and no more than four men. Patrols were only to be conducted if the result was worth risking the lives of the men in the patrol. Combat was to be avoided unless the odds were considerably in the patrol’s favour. Rather, the patrols were to be used to attack undefended supply lorries if at all possible. They could potentially attack convoys, as long as there were no infantry. In this case, a roadblock was to be employed, which would be put in place after the escort had passed.

In the end, of course, there was no invasion of Britain. The Auxiliary Units were disbanded in January 1945. Members of the Home Guard that served for at least three years were eligible to receive the Defence Medal. Despite the dangerous work they were to undertake in the event of an invasion, the Honours Committee decided that members of the Auxiliary Units were not eligible for the medal.

Although the whole Auxiliary Units concept was highly secret, word leaked out, and objections were raised in some quarters. A platoon commander of the Wool & Bere Regis Company of the LDV wrote to Winston Churchill in July 1940. He questioned the legality of the plans under international law, and voiced concerns that such units would provoke “brutal retaliatory measures”. He felt he had to bring the matter to the Prime Minister’s attention, since “I cannot think that the ill-considered proposal has been made with your knowledge or approval”. In this, he was completely wrong. Winston Churchill took a close interest in the Auxiliary Units, and was provided with regular progress reports.

The secrecy around the units caused another difficulty. Under the Defence (Home Guard) Regulations, men could be called up for compulsory enrolment into the Home Guard. Occasionally, a member of an Auxiliary Unit would be called upon under the regulations, and although already enrolled, would not be able to give details of his unit. In such cases, the men were instructed to refer their questioners to the Intelligence Officer, and not to complete any forms that may have been given to them.

The WW2 Podcast has a very interesting episode about Auxiliary Units. The episode is an interview with Tom Sykes of the Coleshill Auxiliary Research Team, which has conducted a great deal of research into Auxiliary Units.