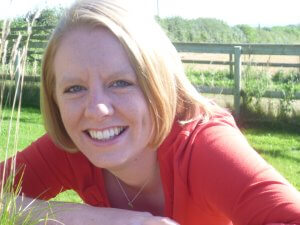 Shelley Poole is the author of Lily White, a novel set in 2043, in a future where Britain has deported most immigrants and become extremely isolationist.

Russell Phillips: What prompted you to write Lily White? Were you concerned that the BNP or a similar party might gain real political power?
Shelley Poole: When I started writing Lily White, there was a rash of news coverage about the far-right gaining political ground. At the same time, politicians from the mainstream parties were trying to out-tough each other on the subject of immigration, whilst also oversimplifying the debate. For example, when was the last time you heard a politician seriously talking about the differences between political and economic, illegal and legal, EU and non-EU immigration, and the real advantages and disadvantages to our society, economy, etc.? I certainly do not claim to have all the answers, but it struck me that with all the rhetoric, we are at risk of forgetting that immigrants are people. I was inspired to write because if I’m still around in 2043, I do not want to live in a Britain that resembles that of Lily White.

RP: I’ve seen authors complain that people read too much into their work. Is Lily White intended to be a warning, or should it simply be seen as a story?
SP: In my view, it is up to the reader to decide what Lily White means to them, although of course I hope they enjoy it! To me, Lily White is a story, and I doubt my portrayal of Britain in 2043 will prove to be accurate. But nonetheless Lily White does carry warnings. Dystopian fiction has a long tradition of creating future worlds that make us reflect on our current state of affairs; George Orwell’s 1984 being one of the most well known. But stories are important too, as simply describing political systems without considering how they impact on people’s lives lacks meaning. For example, Aldous Huxley’s Brave New World might seem like quite an appealing place to live if we didn’t follow John’s story. I know I created Albert, but I really do care about what happens to him. I hope other people will care too, because there could be a lot of real-life Alberts in the future.

RP: Talking of Albert, one of the things that really struck me was the burden of responsibility that he and his classmates have to shoulder. Given that he’s only nine years old, and having to cope with so much more than an average nine year old in Britain today, how hard did you find it to get inside his head?

SP: When I create characters that I care about, I find it very upsetting to put them into unpleasant situations, and as I was writing about Maria crying with worry for Albert, I cried myself. At first I was concerned that I had created too much adversity for a nine-year-old boy to face, even a fictional one. But then I thought about the perspective of a child born in 2034, as Albert would have been. Although that child can understand that the NUPS have not always been an ever-present threat, that threat has still been there for their whole life, and so they have accepted it as normal. This realisation helped me to create an Albert who wasn’t a desperate, unfortunate urchin, like the younger Thénardier children in Les Misérables, whom the reader pities but is unlikely to relate to. When we meet Albert on page one of Lily White, he is full of character, hopes and dreams, just like many nine-year-olds in Britain today.

RP: The book covers some subjects that can generate strong opinions. Are you concerned that you might get hate mail?
SP: This is something I have considered, and on a personal level I certainly don’t relish the thought! But hate mail would be a sign that although I may not have changed how somebody thinks, I have at least challenged them.

RP: Where does the title, Lily White, come from?
SP: The working title for the book was originally White Britain, intended to describe what our nation had become in the year 2043. However my husband, who is usually very complimentary, told me in no uncertain terms that this was a shockingly bad title and that I must come up with a better one! So we took the word Lily from the Lily Allen Fan Club, which features in the book, to create Lily White. The expression Lily White is usually associated with something that is innocent and pure, and Lily White the novel portrays a world that seems idyllic to some; stable employment for life, desirable housing for all, cheap retail opportunities aplenty etc. But there are dirty secrets just below the surface, and Britain is not as Lily White as the Post would have citizens believe.

RP: If Lily White was made into a film, who would play Maria?
SP: If it were my choice, I would ask Ruth Wilson, based on her performance as Queenie Bligh in the BBC adaptation of Andrea Levy’s novel Small Island. I loved the character of Queenie in the book, and was worried that an on-screen Queenie would not live up to my expectations. But I felt Ruth really brought the character to life, with all her fears and passions. She has had some big film roles recently, though, so I expect she’s rather busy!

RP: The strongest British characters in Lily White all seem to be women (though this is less pronounced with the Poles). The British men generally follow the women’s lead. Is that deliberate?
SP: That’s a really interesting question. I come from a family of strong women myself, so that probably explains a lot! I didn’t deliberately set out to portray strong women; my main aim was to create characters that I really believed in and cared about. Most of us are tired, worried, ill, confused and tearful at various points in our lives, and strong, happy and confident at others, and I hope my characters reflect this. I think the British male characters in Lily White show strength in their own ways, for example, Andy Harris may come across as a fairly mild chap, but every day he breaks the law and sacrifices sleep and a normal family life to do something he believes in. That’s pretty strong in my view.

RP: I completely agree that Andy Harris is very strong. I was primarily thinking of Edward, and to a lesser extent, his father. It seems ironic to me that these characters would be dominated by their wives and girlfriends, considering the role that women have in that society. I think the strength of the female characters helps to show how ridiculous the Party’s policies really are. Would you agree?
SP: Yes, I would agree, and I suppose I let the intelligent sides of characters like Florence shine through to highlight this. Some time ago I was asked to complete a survey asking what areas of political policy were of most interest to me as a woman. The options included childcare, school admissions and access to local NHS services, but there was no reference to anything like foreign policy or the criminal justice system. Now of course I’m not saying that childcare isn’t an important issue, but it frustrates me that assumptions are made about what women universally concern themselves with.

RP: Being set in the future, there are technologies included in the book that don’t exist yet. How easy or difficult was it for you to add an appropriate level of technological advancement without turning the book into science fiction?
SP: Although it is a stunning film, I didn’t want Lily White to be like The Fifth Element or something of that nature, as I felt the stories of the characters and the political landscape were more important than trying to predict what technology could be invented over the next three decades. However, I did want to highlight how isolationist policies had left the Britain of 2043 relatively backward compared to other countries, so I did have to use my imagination a little! In recent years we have seen some remarkable inventions (I grew up in a house with no phone at all, now I check Twitter on my BlackBerry constantly), and the pace of development continues to be very fast. I think dystopia that is too focussed on future technologies runs the risk of being quickly seen as out of date, and I don’t want that to be said of Lily White.

RP: Do you plan to write more books in future?
SP: I am currently working on my next book, which is a work of fiction based on the real events that took place in the Dorset village of Tyneham during the Second World War. Being a military historian yourself, Russell, you probably already know the story of Tyneham. But for any of your readers who are not familiar, in 1943 the War Office required the residents to leave the little village so it could be used as a firing range as part of the war effort. The residents expected to return home in peacetime, but after the war a compulsory purchase order was made and today the deserted village still belongs to the Ministry of Defence. I have been undertaking research for some time, and have only recently started writing, as although my characters and their story will be fictional, I feel thorough research is vital out of respect for the people of Tyneham.

RP: Thanks for taking the time to talk to me, Shelley.
SP: Thank you for interviewing me! I think I am the first British author you have interviewed for your blog, so this is a real privilege for me. If any of your readers would like a free copy of Lily White, Chapter One, they can download it here or email me on shelleypooleauthor@googlemail.com. And all the best with your blog!