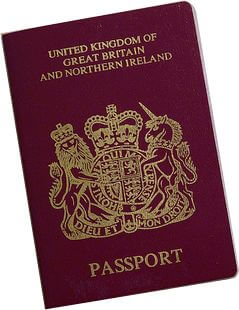 In December, I accused the Daily Mail of scaremongering and sensationalism. Unfortunately, they appear to be at it again.

Today, their website has an article headlined Falklands risks fresh spat with Argentina as nation seeks to get its own passports. Being a distrustful soul, I had a quick search to see if I could see any other references to the story. I found several, all of which appeared to be almost exact copies of the Daily Mail story. None of them were sources that I trusted.

So, I went to a source I do trust: Lisa Watson, the editor of Penguin News, the Falkland Islands newspaper. I asked her about it on Twitter, and she replied that she’d not heard of any such plan, and that it sounded like a vague idea that had been blown up out of proportion.

According to the Daily Mail, the move risks “a fresh spat with Argentina”, and they may be right. But the Falkland Islanders aren’t provoking Argentina’s ire, the Daily Mail are. Of course, if Argentina does take any action against the islands, the journalists and editors at the Daily Mail aren’t the ones who will suffer. Perhaps that’s why they’re so willing to take the risk.