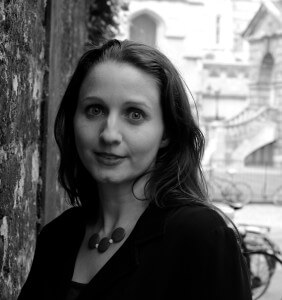 A Life Of Research: Interview With J.F. Penn

Oxford educated, British born J.F. Penn has travelled the world in her study of religion and psychology. She brings these obsessions as well as a love for thrillers and an interest in the supernatural to her writing. Her fast-paced ARKANE thrillers weave together historical artifacts, secret societies, global locations, violence, a kick-ass protagonist and a hint of the supernatural.

Russell Phillips: Pentecost was a NaNoWriMo project. How did the tight deadline affect the research and writing of the book?
J.F. Penn: It only started as a NaNoWriMo project and I managed 20,000 words and a rough idea for a book. It was called Mandala at the time, and I definitely wanted a psychologist and Carl Jung’s Red Book to feature. But that January we had a trip to Venice and in St Mark’s Basilica, I saw the Pentecost mosaic which sparked the idea for the stones that Morgan must hunt down across the world. The bones of the apostles have always fascinated me! In the end, the book took 14 months from idea to publication.

RP: If the ARKANE thrillers were made into a series of films, who would you like to play Morgan Sierra and Jake Timber?
JFP: Morgan has always been Angelina Jolie to me, in the same vein as Lara Croft, or SALT. And Jake is Hugh Jackman … no hint of a fantasy there then!

RP: Morgan likes storms and enjoys research, as do you. How much of you is in Morgan?
JFP: Morgan is my alter-ego and when I want to blow stuff up or go travelling, she gets to do it. Her background is nothing like mine as she is half Israeli and has a Jewish ancestry and upbringing in the Israeli military. I wanted to bring Israel into the mix as Jerusalem is my favorite city in the world and one of my goals is to live there for a time one day, so that was a way to do it! I do have a Masters degree in Theology and another degree in Psychology, so those fascinations also run through Morgan, but I am certainly not a fighter, although I am extremely independent, and I have travelled to most of the places in the books.

RP: I first experienced the ARKANE characters through an audio book, so my mental image of them is influenced by the narrator’s depiction of them. When you first heard the narration, how closely did it match your mental image of the characters?
JFP: The audiobooks are narrated by the amazing Veronica Giguere, an American, so that does skew the story somewhat, although I tried to help her with the British accent. I am British, but Morgan should probably sound part Israeli and I think Veronica did amazingly well. She also managed to nail most of the other accents, including Eastern Europeans, Egyptians and loads of other nationalities that I didn’t even think would be turned into audio when I was writing!

RP: Will there be more books in the ARKANE series? If so, when can we expect them?
JFP: There are 3 full-length adventures out now – Pentecost, Prophecy and Exodus, and a novella, One Day In Budapest, which can also be read as a stand-alone.

I’ve got 2 more adventures planned for 2014 – a full length book around the themes of the Inquisition and the Jews in Spain and Kabbalah, as well as another novella that will take place in London, and also tie into one of the characters from Desecration, my crime thriller.

RP: How important do you think realism is in thrillers?
JFP: Personally, I think you should believe it could happen within the real world, so I do a lot of research to make the books as ‘real’ as possible and then take that further into fiction. I always have an Author’s Note at the end which explains what is real, for example, ‘One Day In Budapest’ is about a right-wing political party whose anti-Semitism spills into violence with echoes of WWII. It was sparked by being in Budapest in November 2012 as a real political party marched in black shirts around a Roma village, and called for a national registry of Jews. I’ve outlined more of the realities of that book in this video: http://www.youtube.com/watch?v=5onR9-L5IbU

RP: It’s generally acknowledged that some men won’t read novels written by women. How have you been affected by this?
JFP: Amusingly, I got a lot of feedback that ‘I write like a man,’ whatever that is meant to mean. Perhaps a reflection on the amount of fight scenes and action-packed plot, but there’s also plenty of romantic tension and even some sex …
In order to take gender out of the equation altogether, I use J.F.Penn, my real initials, to write fiction while I use Joanna Penn for my non-fiction. This enables me to keep the brands separate but also to bypass gender in the reader’s mind. I certainly have both male and female readers 🙂

RP: You’re well-travelled, and your books take place all over the world. Do you ever use locations you haven’t personally visited? If so, how does that affect the writing of those scenes?
JFP: I sometimes use places I haven’t been and I do a lot of research online with sites like Flickr.com where people load more casual photos that can bring a personal flavour. One example is in Tabriz, Iran, where I haven’t been and I found lots of fantastic pictures of the souk online, as well as information about the churches. In this article I explain more about that kind of research:
http://www.thecreativepenn.com/2010/02/11/how-to-write-about-a-real-location-if-you-havent-been-there/
But at the end of the day, it IS fiction.

RP: When you visit somewhere new, do you view it as a potential location for a scene, or are you able to relax and simply enjoy the location?
JFP: My life is all research now, and I love that aspect of it. We went to Budapest as a research trip but also as a personal journey of discovery into my husband’s Hungarian Jewish ancestry. I plan trips according to books I want to write. Basically, one of my reasons for being a writer is to make travel a more active part of my life.

RP: You started out writing nonfiction. What prompted you to write fiction?
JFP: I always wanted to write fiction but thought I had to write something like Umberto Eco’s The Name of the Rose, or a Pulitzer Prize winning novel to be considered a proper author! This is the result of my Mum being an English literature teacher and going to Oxford University where literary snobbery certainly still rules. But I love thrillers and action-adventure, and psychology, religion, architecture and travel, so when I realized that I could write books I also loved to read, I decided to have a go. I’ve always been a huge reader, so it was a natural progression. I look forward to still writing on my death-bed!

RP: I’m always interested in finding new authors and new books. What single author, book, or series would you recommend I take a look at?
JFP: One of my all-time favorite authors is James Rollins – check out The Order of the Sanguines series with Rebecca Cantrell. And right now, I am reading A.G. Riddle Atlantis Plague, which is a real page-turner.

RP: Thanks, Joanna. I’ve not read anything by James Rollins, Rebecca Cantrell or A.G. Riddle, so I’ll be sure to check those out.