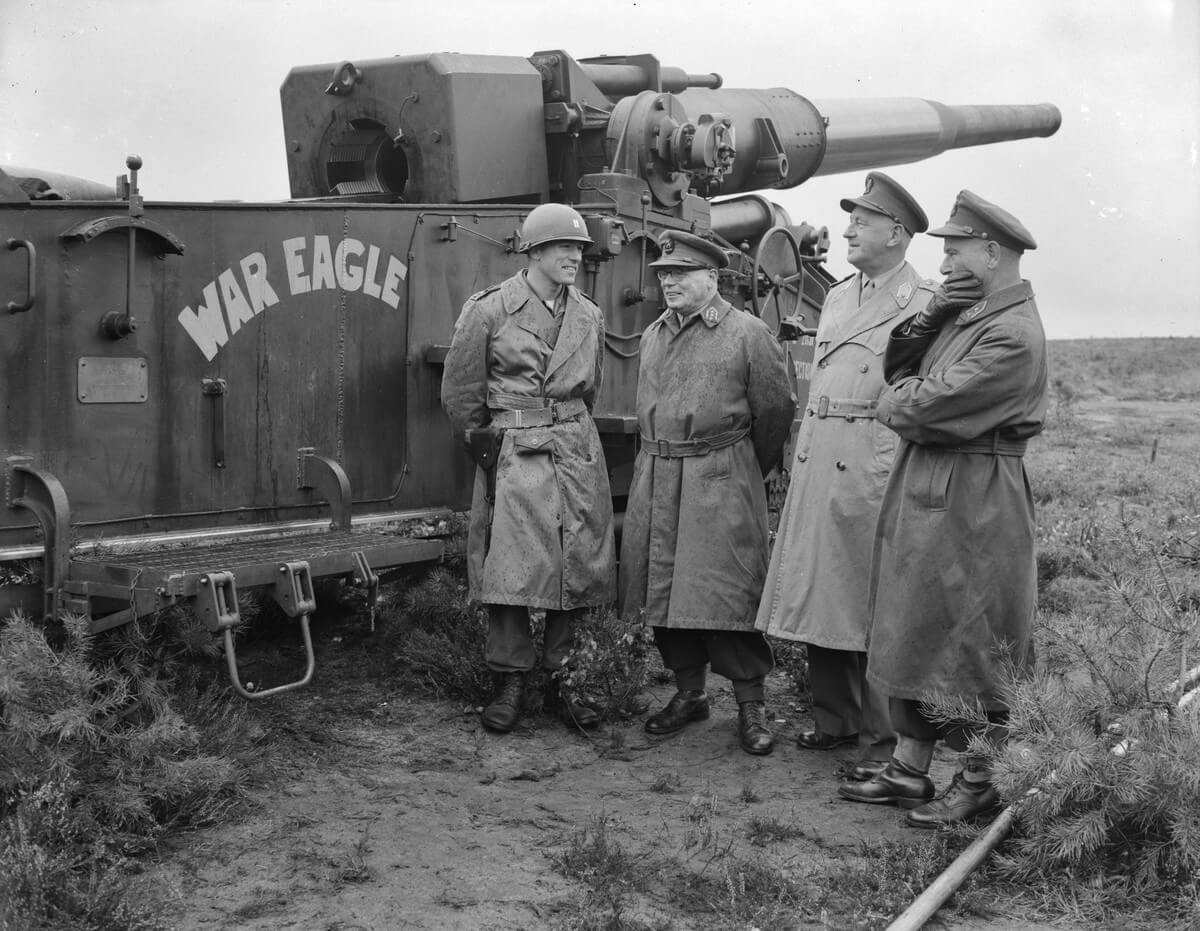 M65 “Atomic Annie” Was Not The Only Nuclear Gun

Recently, I saw a link to an Atlas Obscura article about the M65 “Atomic Annie”. The M65 was a US 280mm artillery gun that could fire nuclear ammunition. The article claims that it was the world’s first and only nuclear gun. Atomic Annie was the first nuclear gun, but it wasn’t the only one.

2A3 Kondensator 2P: The Soviet Response

In response to the M65, the Soviet Union developed the 2A3 Kondensator 2P, a self-propelled 406mm gun that fired nuclear ammunition. It was first seen by the West in 1957 during a Red Square parade. Western intelligence believed that they were mock-ups created for deterrent effect, not real weapons.

Based on a T-10 tank chassis, the 2A3 had a maximum speed of 30km/hour. Production only ran to four vehicles, assigned to the Artillery High Command reserve. Under Khrushchev’s leadership, focus moved to missiles for delivery of nuclear warheads. It had a crew of eight, a range of 25.6km and a rate of fire of one round every five minutes.

Both variants had a three-man crew, and were either fired from a mounting fixed to a Jeep, or from a tripod. The M29 was normally carried in an armoured personnel carrier. They entered service in 1961, deployed to Germany and Korea. They remained in Germany until 1967, and in Korea for another four years.

The British had plans to make a nuclear round similar to the M388, named Wee Gwen, with a planned yield of between 10 and 37 tons. Internal arguments within the British army, inter-service rivalries, and a lack of fissile material prevented adoption.

The guns mentioned above were specifically designed to fire nuclear warheads. As nuclear technology improved, warheads for standard artillery became available. The United States made the W33 warhead for 203mm guns and the W48 for use with 155mm artillery.