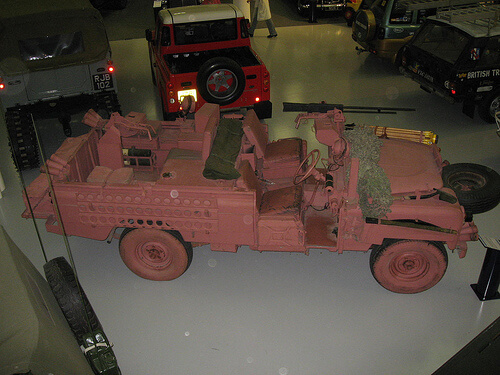 Recently, I mentioned my AFV Alphabet series of posts to my wife and son, and they asked what I was going to write about next. My reply, “The Carden Loyd tankette“, confused my wife. Thinking she hadn’t heard correctly, I repeated the “Carden Loyd”, but apparently it was the “tankette” label that confused her. As she pointed out, the -ette suffix tends to mean feminine as well as diminutive, and has connotations of soft and fluffy. “It sounds like it should be bright pink, possibly with a bow on top”, said my wife. The Carden Loyd tankette is small, but it’s neither soft nor fluffy. It’s a serious military machine.

This got me thinking. I have a six-year old son and a two-year old daughter. My wife and I are constantly frustrated that the whole world seems to think that our daughter should wear bright pink dresses and play with dolls and toy kitchens, while our son should wear blue and play with trains and cars. Both children play with all those things, and if they enjoy them, why shouldn’t they? Why should pink be a girl’s colour and blue a boy’s colour? When she grows up, my daughter will be able to get a job driving a train, a heavy goods vehicle, or an attack helicopter, so why shouldn’t she play with the toy versions of those things? Equally, my son could become a chef, a nurse, or a care worker, so why not play with dolls and toy kitchens?.

The idea that pink is only suitable for girls is ridiculous, and this becomes even more obvious when you look at the use of the colour pink in the military. Back in WWII, some low-altitude photo reconnaissance Spitfires were painted pink. Apparently it provides effective camouflage against cloud, and since these were particularly hazardous missions, anything that helped the pilot survive was a good thing. Until the 1980s, when the SAS operated in the desert, they painted their Land Rovers pink (they’re still known as “Pink Panthers”, even though the colour scheme has changed), because it was considered an effective camouflage colour. These same Land Rovers bristled with machine guns. Whatever the colour, Pink Panther Land Rovers are neither soft nor fluffy.