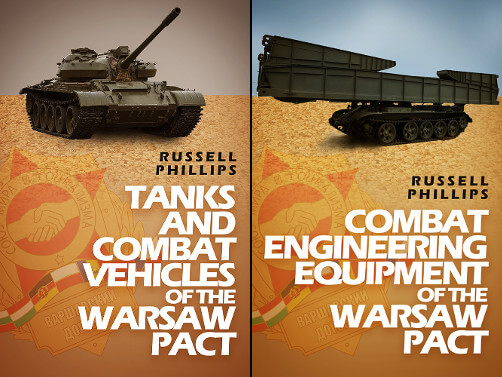 I’m happy to announce that the first book in my new Weapons and Equipment of the Warsaw Pact series has been released, and the second book is available for pre-order.

Tanks and Combat Vehicles of the Warsaw Pact details more than 100 military vehicles from the 2P26 “Baby Carriage” – a compact Soviet off-road vehicle mounted with anti-tank missiles – to the T-80U main battle tank, in service from 1985 onwards.

Buy the ebook or paperback now.

Combat Engineering Equipment of the Warsaw Pact is a factual reference of the combat engineering equipment which was used throughout the Cold War period and the important roles each piece played.

Pre-order the ebook or paperback now.