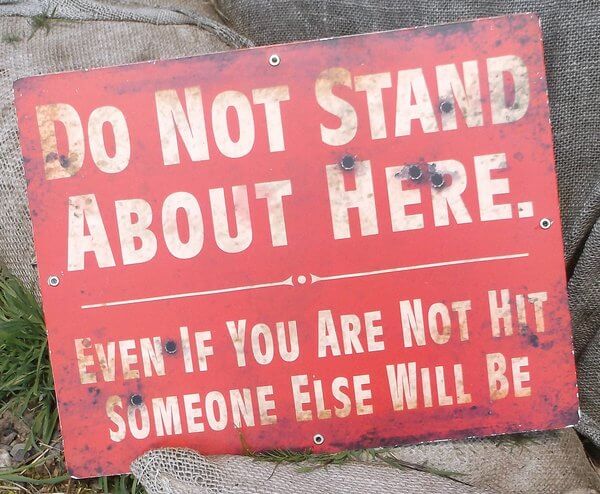 For my birthday this year, my wife gave me a family ticket to this year’s Tracks to the Trenches event. We went to the event on Sunday, and it was an interesting day.

My wife was surprised to see the 16th Lancers. Like, I suspect, many others, she had not realised that lancers were still used by the British army in 1914. Although I had known of units of lancers, it was still odd to see men on horseback with a lance in one hand and an SMLE rifle in a saddle holster.

As well as the lancers, there was a small trench section, manned at different times by different units of re-enactment groups. As well as British units, there was a unit of the Imperial Russian army and one of the French army. Walking through the trench helped to bring home the reality of life on the front line during the war. In the afternoon, I saw a simulated gas attack, which was a very sobering experience.

In one hall, various model displays were set up. One interesting model had been built for the Royal British Legion. Rather than depicting a particular section of trench, it tried to show as many features of the trenches as possible. Of particular note was the latrines. In the rear trenches, the latrines were positioned further to the rear. In the front line trenches, they were positioned ahead of the main trench. The model-maker didn’t know why this was, but suggested it may have been to deter men from loitering.

All in all, the whole event was very interesting, and well worth the ticket price. If you have the chance to go in 2018, I strongly recommend it.