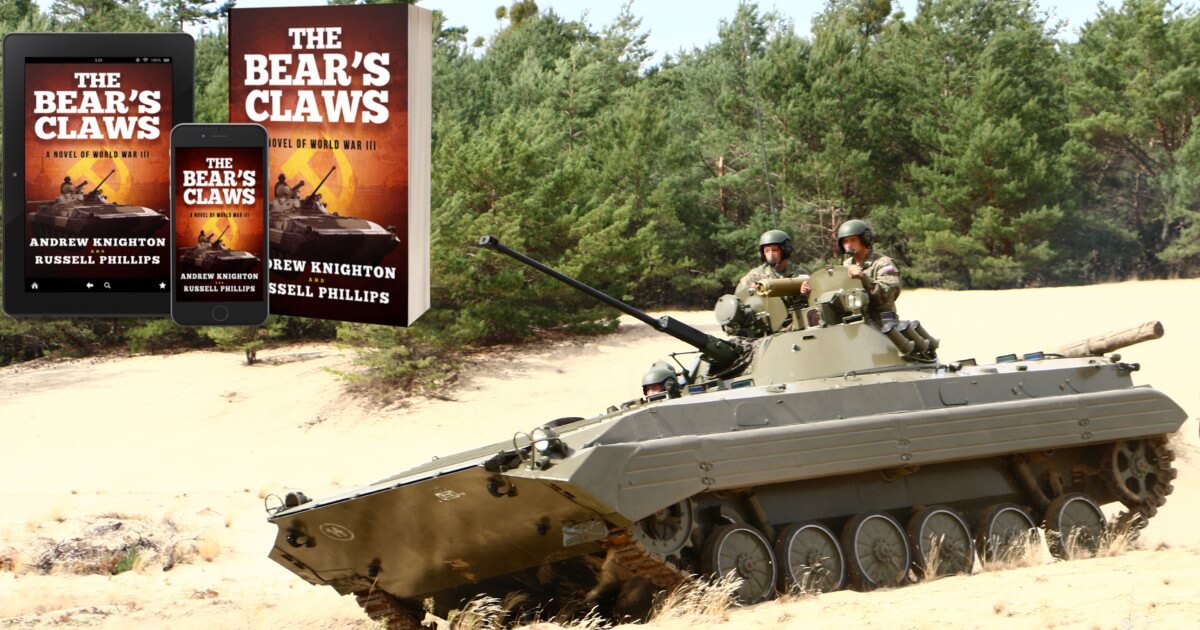 Transporting The Bear: Vehicles In The Bear’s Claws

The BMP-2 was introduced in 1980 and was largely based on the earlier BMP-1, with a similar (though more heavily armoured) chassis. The turret used aluminium armour and was larger than the BMP-1’s turret. The commander, who was seated in the hull in the BMP-1, sat in the turret in the new vehicle, to the right of the gunner. Like the BMP-1, it was fully amphibious and propelled in the water by its tracks. It had full NBC (nuclear, biological, chemical) protection and infra-red night-fighting equipment. It could create smoke by injecting fuel into the engine’s exhaust.

The turret had a fully stabilised 30mm 2A42 automatic cannon, with a high elevation that gave it a limited capability against helicopters as well as allowing engagement of targets on high ground. The cannon could fire armour-piercing and high-explosive ammunition. A 7.62mm PKT machine gun was mounted co-axially with the cannon. A launcher for AT-5 Spandrel ATGMs was mounted on the roof and a ground mount was carried to allow missiles to be fired away from the vehicle. Three 81mm smoke grenade dischargers were mounted on each side of the turret.

The larger turret meant that the troop compartment had two roof hatches rather than the BMP-1’s four, and the capacity was reduced from eight infantrymen to seven (one seated behind the driver, where the commander sat in the BMP-1). Firing ports were provided, allowing the infantry squad to fire while in the vehicle, and there were two rear doors. One vehicle in each platoon carried a gripstock for a man-portable surface-to-air missile system and two missiles. In The Bear’s Claws, the SAM gunner is named Beletsky.

The T-80 main battle tank was a similar design to the earlier T-64 and T-72, mounting a 125mm 2A46 smoothbore gun with autoloader. The gun fired APFSDS (armour-piercing, fin-stabilised, discarding sabot), HEAT (high explosive anti-tank), and high explosive ammunition. Unlike the earlier models, it was powered by a gas turbine engine instead of the more usual diesel. This was expensive and used a great deal of fuel but provided excellent performance. Initial production of the T-80 started in 1976, with full-scale production starting in 1978 with the T-80B.

This had composite armour on the turret, which is more effective than the traditional hardened steel. Rakovich refers to this at one point in the story, when he says that missiles can’t penetrate the new armour. The T-80B also added improvements to the fire control system, including a laser rangefinder in place of the original optical unit. It was fitted with the AT-8 Songster radio-controlled ATGM and carried four missiles, which were fired from the main gun. In 1981, the T-80B was deployed to Group of Soviet Forces Germany (GSFG), leading to its appearance in The Bear’s Claws.

The T-80B had full NBC protection and fire-detection/suppression systems. Every tank had a self-entrenching blade mounted at the front, an unditching beam at the rear, internal and external communication equipment, and fittings that allowed mine-clearing rollers or ploughs to be used.